Joseph Cernava with his AT6 Texan:

From Joe's writing: This is a 1.5th scale version of the Navy's SNJ 5 WWII-era trainer. #77 was based at Pensacola Fl. naval air station in 1943. The kit is from Yellow Aircraft Company. The wingspan is 101 inches and weight is 38 lbs. The plane is powered with a Saito 90cc gasoline radial engine. Radio system is Futaba 16SZ. The plane was built in 2008 and has 132 logged flights. It has a scratch-built, fully detailed cockpit, complete with sliding canopy, flaps and retracts. In 2009 and 2010 Joe flew this model off the exact same runway as the full scale did in 1943. This was an R/C invitational Gathering of Eagles event air show, hosted at the Naval base two years in a row, on the Columbus Day weekend holidays. The full scale plane #77 is now privately owned and is still flying at air shows around the country. 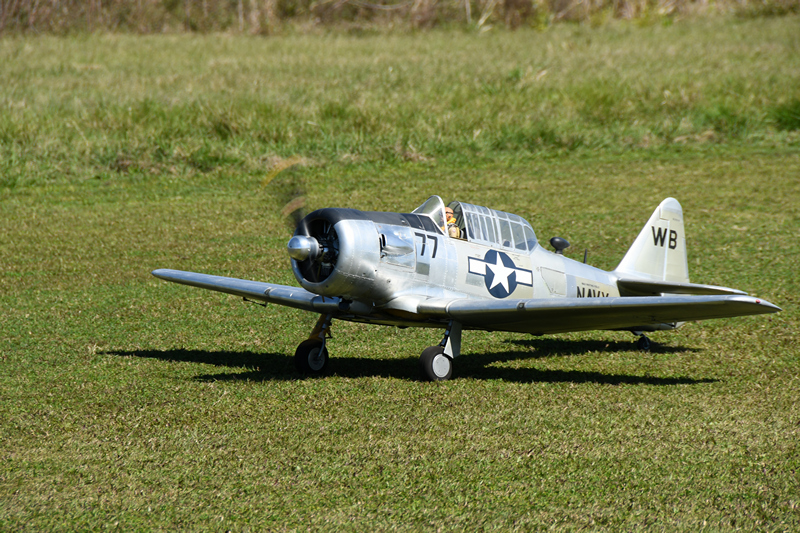 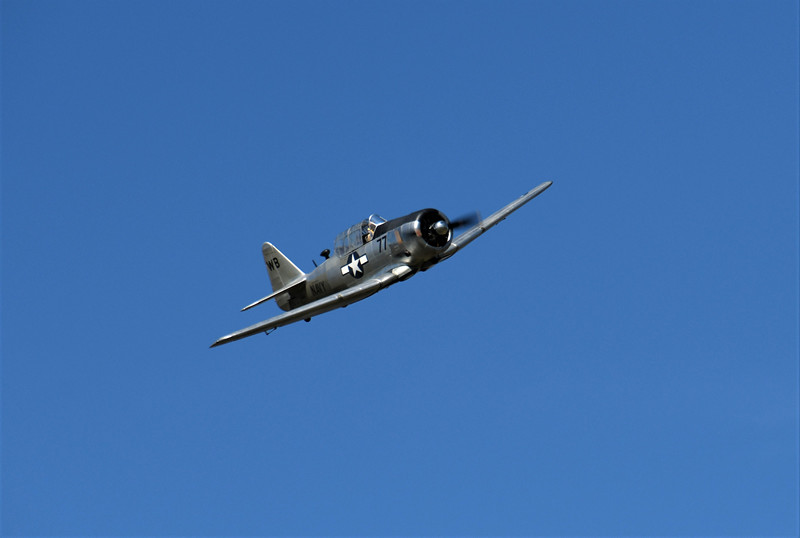 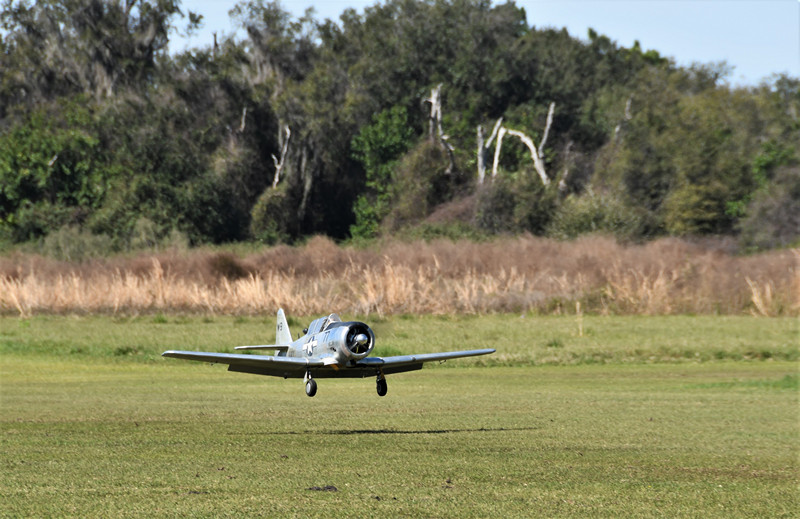 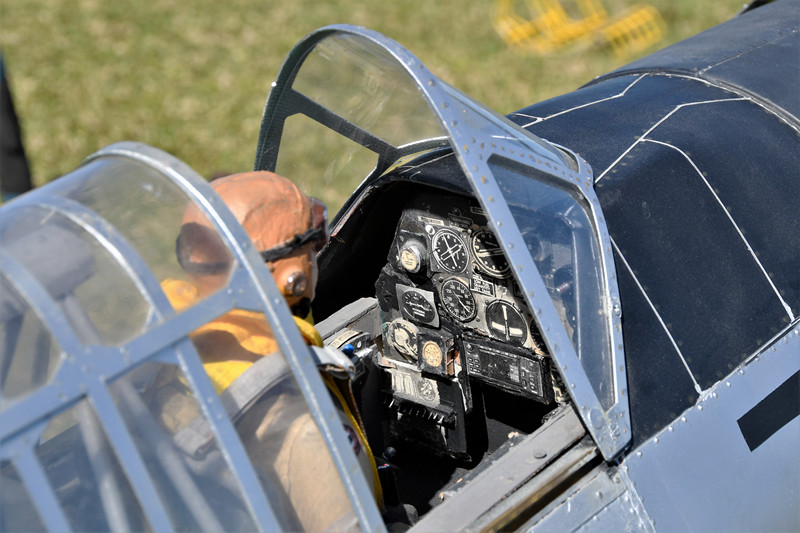